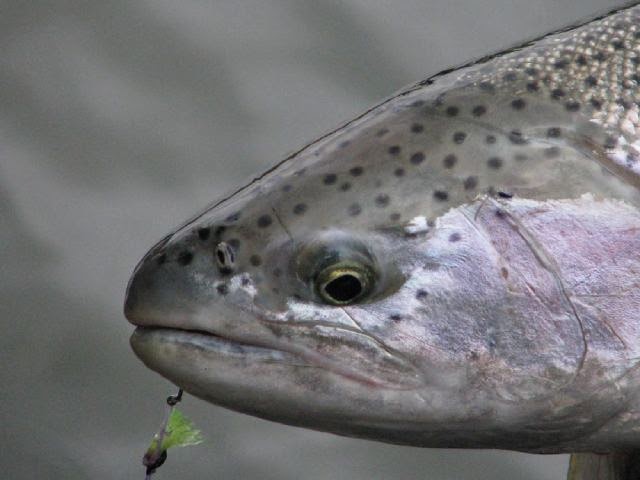 Fishing strategies
I seldom fish the whole pool. The better I know the holding water the more likely I am to concentrate on the sections we have consistently taken fish. Early season on the Ronde, I might fish most everything. By late season, I will be skipping all the places that simply have not held fish that year, and focus on the sweet spots we have.


Check out the reviews!

Dennis and Mike
Posted by streamsideflyshop at 8:22 PM No comments:

NEW Lower Skagit Cutthroat September - November
We probably won't fish the Stilly for Cutts this year so will flip over to the lower Skagit for that. Good times stripping baitfish patterns and reverse spiders. Last year the fish were bigger than average. There is a possibility to combo that with salmon too.


Get some cheap flies -  http://streamsideflyshop.com/flies.htm
New Hobo speys on Sale - $1.50 each

Check out our calendar - http://flyfishsteelhead.com/guiding.htm

Check out our schools - http://flyfishsteelhead.com/2002flyfishingschool.html