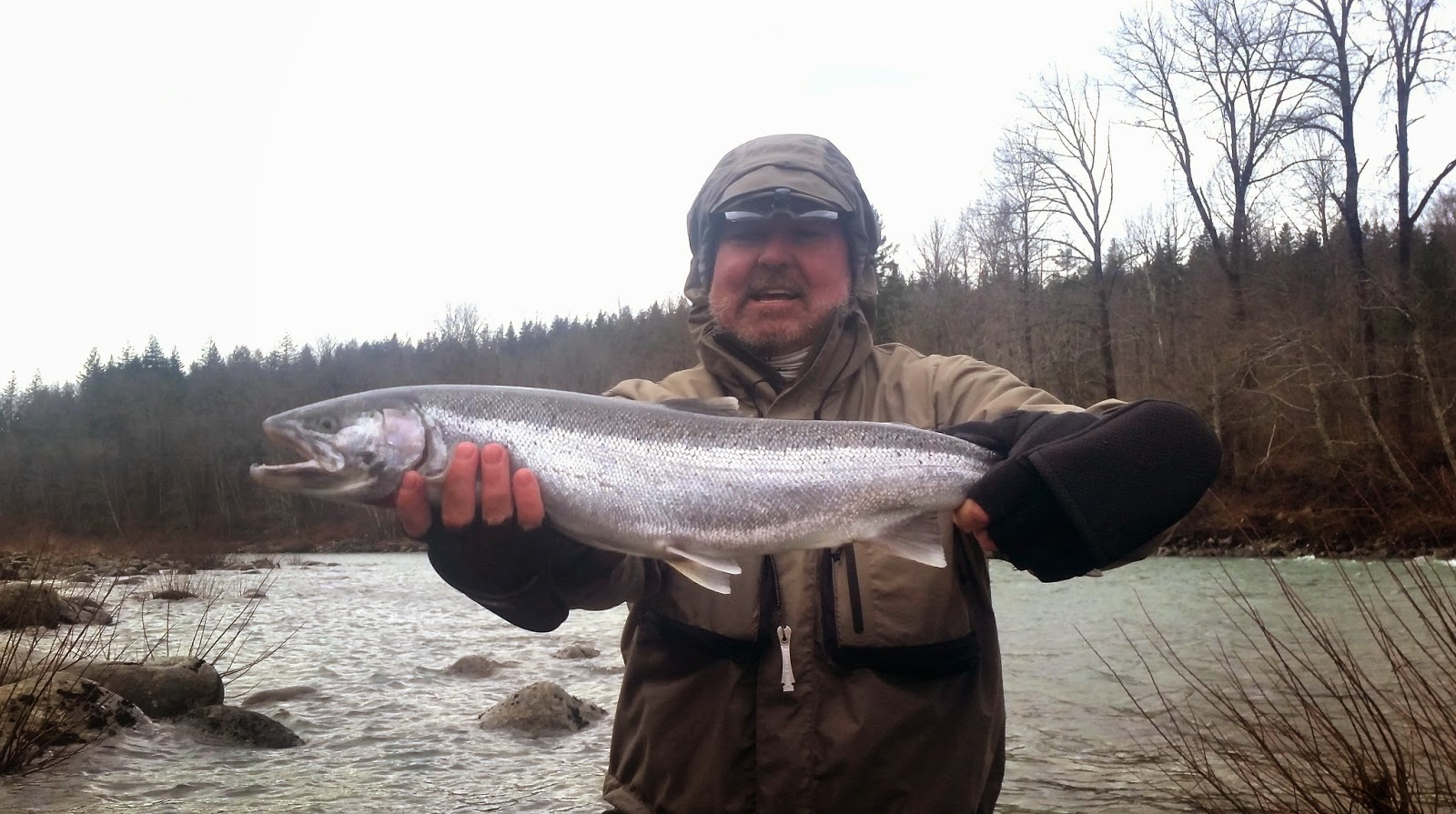 Salmon fishing has just ended and the focus is now on STEALHEAD!
If you get cabin fever, get out side. We are fishing dollys and hatchery steelhead on the puget sound rivers now. After Jan we are running trips on the Olympic Peninsula with the focus on the Queets and surrounding rivers for Big Wild Steelhead.  There are only a couple of fly guides that have a permit to fish in the National Park on the Queets and no bait allowed after Feb. The Queets has some of the best fly fishing and swing water on the coast. We are starting to book dates now and do a $50 discount for multiple days booked, trips starting at $169PP. I have lodging discounts for Quinault lodge.

Want that perfect gift – guided fly fishing trips, any amount $200 or over will get a